This year's Reno Retreat with the incomparable teaching team of Jean Bernard and Sherry Goshon featured what was (for me at least) their most challenging project yet.  "Diary of a Mad Artist" is a doll built upon an altered book.  You can see the class prototype here.

I confess, at the end of 3 exhilerating and exhausting days, I was a little worried about my book.    It was unfinished, but I was also unhappy with the way I had constructed the interior compartments - there was just WAY too much empty space in there, and the whole thing looked like a craft project from a beach community senior center.   I took it home and set to work.

4 weeks later, I *think* she is finished.

Here is the finished book, closed.  The "porthole" is inset with a layer of mica and sealed with Envirotec.

The real complexity of the piece is revealed once the book is opened.  Assemblage is new to me, so I wanted to stick with a defined theme.  I am a Pisces and have always loved the water, so I chose to go with an ocean theme.  The whole box is stuffed with shells, coral, crystals,  pearls, and lots and lots of drippy things.  It took a looooooooooong time to get those drips done to my satisfaction, but I am so happy with the way it all turned out that I don't care.

I forgot to take a photo of the inside cover and you really can't see it very well here, but it features a drawing of a seahorse done by my daughter Lydia.

The doll itself posed her own set of challenges. I covered the face with a layer of japanese lace paper, which reacted very unexpectedly with the Inktense water soluble pencils I used to color in her features. I suppose I could have filled in more features with acrylic paint instead, but I like the "rain on the window" feeling that the bleeding inks created. I LOVE accidents when they have such happy results!


I'm only sorry I couldn't get a good detail photo of her crown.  It's my favorite part, but I just can't capture the detail.  One of these days I am going to sit down and figure out how to photograph sparkly things...


The details in the interior of the book made for an overwhelming photograph, so I separated the upper and lower portions into 2 views.  The "waterfall" down the inside spine of the book was created with Envirotec and cling wrap.  I learned the hard way that the Envoritec is best applied in smaller amounts, letting the layers build up slowly - I'm afraid I got a little carried away when I first began on that part and actually overflowed the space to the point where the book wouldn't close.  I was able to rescue it with my Dremel and a cutting blade, but I was worried there for a while.


The little face sculpted into a shell is a piece I have had lying around for a while now.  I never knew what to do with it, but I am so happy he has finally found a home.

The upper portion of the interior features a photograph printed on transparency of me as a little girl.  The bird skull was a gift from a friend and is very special to me.  The "drips" are built on a base of angelina fibers coated with Envirotec and absolutely slathered with glitter and microbeads.  SO much fun to do!!

Oh, I'm glad I popped in to see this tonight, Judi! It's just glorious and I'd LOVE to see it in the "flesh" so to speak. Great work, my friend.

Ghostly, in the best sense of the word.

Once again, you blow me away with your ability to capture movement and emotion. This is absolutely fabulous.

Wow! I agree with Sue. I only wish I could see your "book" in person. And I so wish you were coming to my Florida Retreat. You inspire me so look around and try harder! 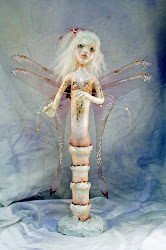 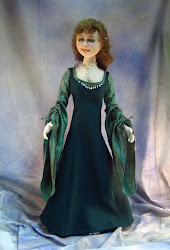 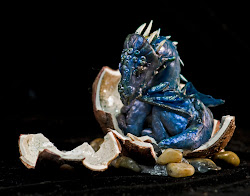 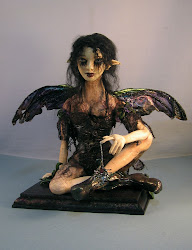 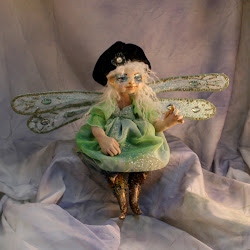